From February 28 through March 3 of 2019, I lived in NTA Land and had the most fun I’ve had in years. It was glorious to be around so many kindred spirits, learning from and teaching each other, and having such a good time doing it. (Keep in mind that I’d been holed up writing and researching my new book, The Craving Cure, for the four years prior.) I’d like to thank Brian Hoyer, in particular, for his insight into the EMF sensitivity problems that I have been experiencing myself since an intensive exposure while writing my book.

I’d like to report on some of the extraordinary responses to the amino acid trials that my staff and I conducted with NTPs, NTCs and exhibitors during the conference. I’ll include examples from the pre-conference workshop that I led with Laurie Hammer, NTP (Lead Instructor at our Neuro-Nutrient Therapy Institute). Of the forty participants crowded into our seminar room, all worked in dyads, trialed at least one amino acid themselves, and witnessed their dyad partners’ trialing experience. Every participant experienced at least one amazing improvement in food craving and/or mood during the four-hour process. The same was true for the fifty or more who trialed aminos at our exhibit booth (after filling out the assessment and contraindications questionnaires, of course). 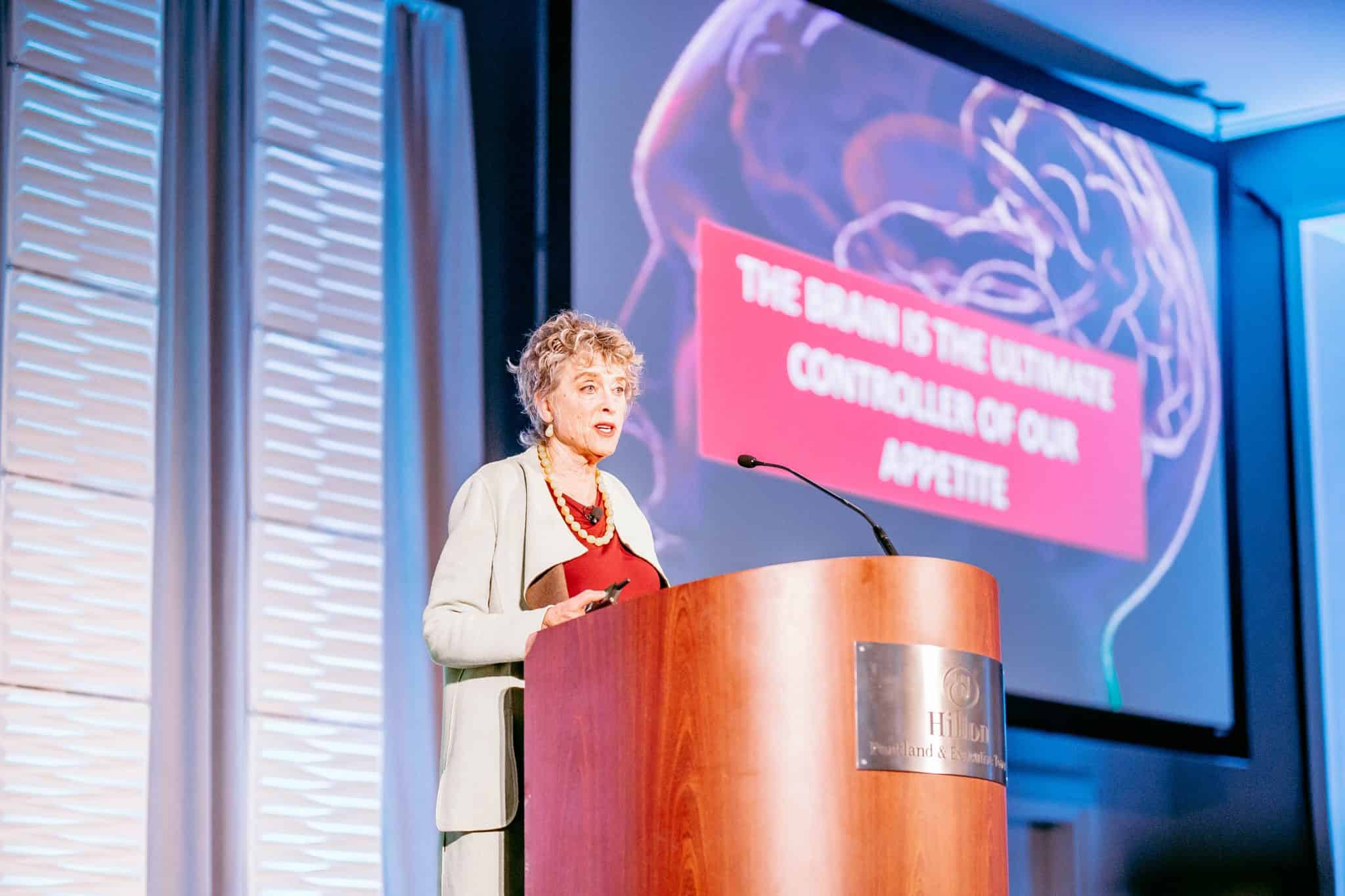 Re: my ‘Roots’ conference presentation:

I’ve had a number of emails from NTPs and NTCs asking about the facts that I cited in my power points (and the references for them). The Craving Cure contains all but the following two.

1) The reported figure for U.S. overweight has risen from 70% to 80% just since the book’s publication!

2) The recent tanycyte research only came to my attention after publication. Tanycytes compose a newly discovered appetite-regulating force that monitors the amino acid content of the bloodstream. If aminos are not present in adequate amounts, satiety signals are not turned on.

This is just one of the reasons that I call protein “The Lost Macronutrient.” We’ve known for years that protein is the most satiety-producing of all food. Now we know more about the mechanism. Researchers are slowly testing all twenty aminos to see whether any are particularly responsible for this effect on appetite. So far, l-phenylalanine has been the most satiety-promoting. We’ve certainly found this to be true, as it specifically raises levels of cholecystokinin (an appetite-inhibiting enzyme), our natural opiate enkephalin, and our naturally stimulating neurotransmitters dopamine and norepinephrine. But they have yet to publish research on glutamine or tryptophan, which can be even more potent appetite-regulators!

Julia Ross, M.A. is a neuro-nutrient therapy pioneer and  author of the best-selling books: The Mood Cure, The Diet Cure, and her new book, Craving Cure. She is an internationally recognized expert in the use of  amino acids and associated therapies for the treatment of eating disorders, addictions, mood problems, over-stress, and insomnia. She trains and certifies health professionals, lectures widely, and oversees a  virtual clinic for food cravers. She has been frequently featured in print, online, and on radio  and television.

In 1994, she began educating health professionals at John F. Kennedy University’s Graduate Psychology Program. She is currently an instructor in the Nutrition and Addiction Program at Drexel University, and the director of The Craving Cure Virtual Clinic and The NeuroNutrient Therapy Institute.

Julia has been featured in publications like Vogue Magazine and The Journal of Molecular Psychiatry. She has authored articles that have been published in Counselor Magazine, the Journal of the American Psychological Association, the Townsend Letter, Practical Pain Management, and elsewhere.

Some of her additional achievements include:

Want to learn even more about Julia Ross and restoring appetite-signaling? Watch the playback of her Facebook Live.